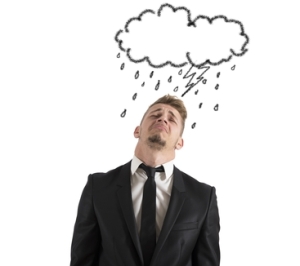 Failure is a stepping stone towards success. But the information that you gather only has power when it is applied to real life situations. Failure is feedback when you can learn different lessons from the failure, and that puts you on your way to success.

It is easy to feel like a failure when something does not work out.

It is a first instinct to feel disappointed when your project or start-up fails.

At that moment, you could care less about feedback from failure.

But, as you have heard many times, some of the more well-known entrepreneurs have failed before they succeeded. Over the next months, I will bring to you some of those stories.

And who better to start out with than Bill Gates.

His first company was Traf-O-Data and the product was the Traf-O-Data 8008. Its job was to read the raw data from roadway traffic counters and create reports for traffic engineers. The end result would be to optimize traffic and end road congestion.

Their first potential customer was the local County, but their first demo failed because the machine did not work. Gates’ partner Paul Allen stated, “Even though Traf-O-Data was not a roaring success, it was seminal in preparing us to make Microsoft’s first product a couple of years later.”

Allen contends that the first failure lead to the largest personal computer software company in the world. Not bad as a follow up to a horrendous business blunder.

Excerpts from the Blogs of Victor Balasa